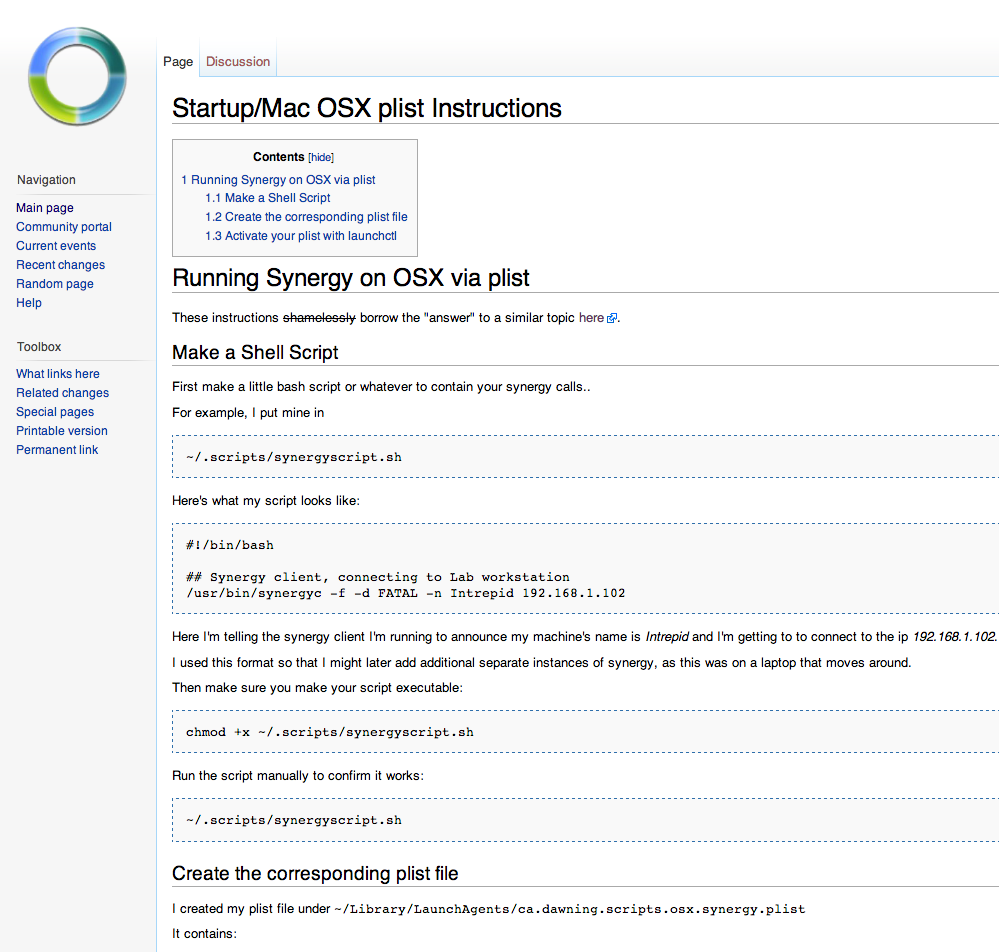 Since adopting OSX as my typical workstation environment, I’ve often been annoyed by a lack of understanding about how to cleanly call it from the commandline, but not via a terminal. On Linux I’d typically just make a little bash script and fork it out from /etc/rc.local. That’s not really an option on OSX.

A lot of current Synergy users don’t really have to solve this issue any more, because Synergy 1.4 has a pretty GUI they can use. However, some people, like myself, are using Synergy with the 1.3 based version included with Ubuntu. Not to mention, I’m fond of running multiple instances of synergy at once, which the GUI doesn’t support.

Suffice to say, I now have the solution. I found a nice solution posted here, though that one wasn’t specific to Synergy, I used that person’s method. Granted, not to call a Python script, but BASH instead.

Annnnnyway.. Go here for my instructions!