With the printer running at all following episode 2, all that remains is endless optimization.

The largest problem I ran in to after months of printing was my printer kept slipping, particularly during really complicated prints. Thus introducing offsets in to my prints! 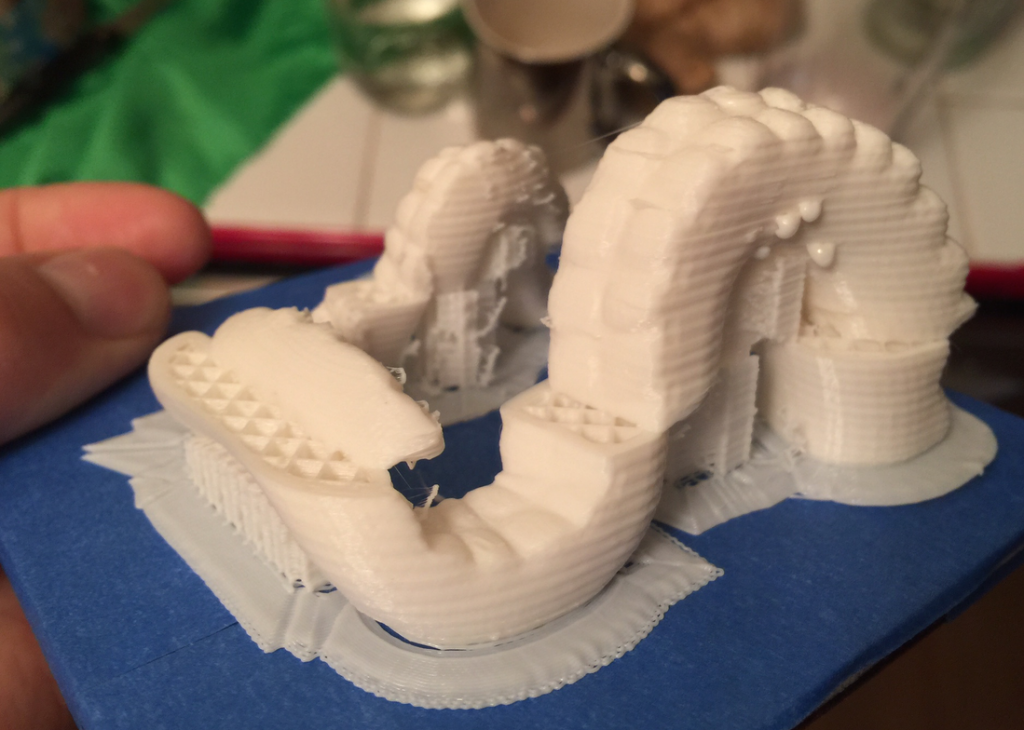 Ultimately the change the made the biggest improvement with skipping, by far, has been installing an SD reader. I found a pin-compatible. In the above image, you can see gobs out the side of that print too, that was probably also an effect of print moves not making it in to the motherboard fast enough. 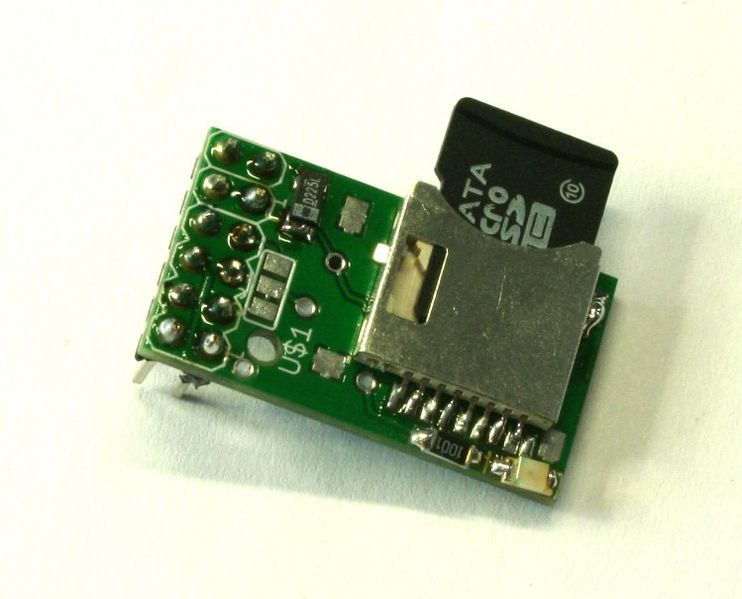 The SDRamps card is pin-compatible with the RAMBo. The connectors are different sizes and you could connect it incorrectly, but I took my time and made sure I had it lined up correctly. I ordered mine from ebay, it was about $10.

After recompiling my Marlin firmware with SD support added, my prints got a lot more consistent and stable! 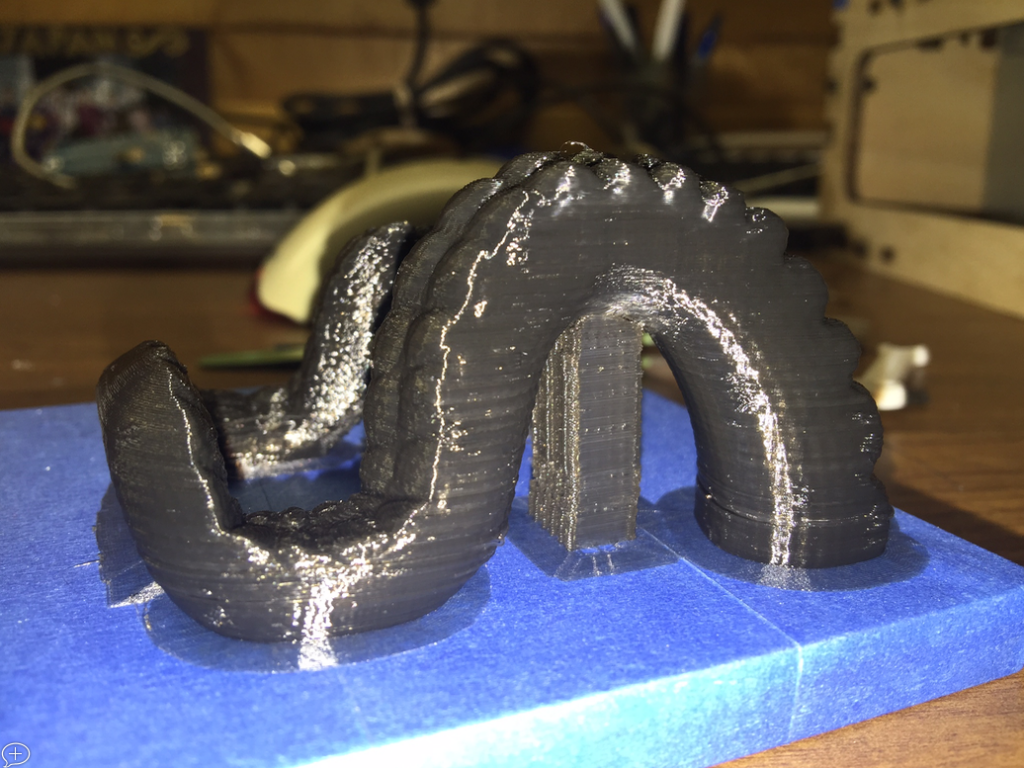