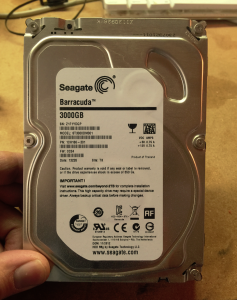 To the chase… It took me a long time to find this, but someone’s made a guide for building Ubuntu 14.04 from scratch for the Utilite. But better still, they’ve included a dropbox location to fetch images from.

Here’s the URL to the build guide.

The key step of the installation process I kept pulling up that guide to confirm I’m recalling correctly is: bsdtar -xpf ArchLinuxARM-utilite-latest.tar.gz -C root 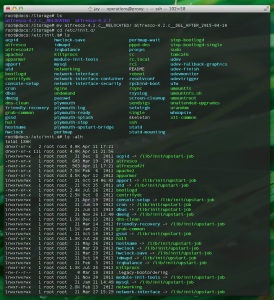 Here’s my diary from the “epic” experience of simply trying to upgrade Alfresco installations from 4.2.c to 4.2.f. I found the community documentation to be dated and had minimal confidence in its current validity. Still, it helped. These are my final notes on the process and in actuality there were a lot of wrong turns I made along the way before landing with the below. I spent like 5 hours working this out. Crazy.

Note my alfresco installations are located on my server under

My original alfresco installation had an init script created to run it, named alfresco.

END_OF_DOCUMENT_TOKEN_TO_BE_REPLACED

I’ve been working on a somewhat private personal website intended for sharing of family videos. I’ve converted roughly 200hrs of old family video tapes in to media files and am well on my way to having converted the files in to individual scenes/clips. The content is being shared, with family, using an instant of the web application “MediaDrop”. I love this web application. It’s epic. I was just looking for a podcast feed generator and I found a lot more in MediaDrop.

I then got sort of obsessed with this cool web app and eventually having family members upload their own videos. The problem was I need the format of the content to be normalized such that it’ll cooperate over the podcast feed. After all, these are meant to be easily viewed on Apple TVs. I found a script for this job, as MediaDrop doesn’t transcode. Only the script kind of sucked for my purposes. So I forked it!