I’m a fairly heavy user of trac. I’ve got various software projects I organize using trac. I decided to upgrade one of my Ubuntu 12.04 servers to Ubuntu 14.04 and of course ran in to the typical apache2 headaches that are born out of this particular transition.

After remembering to rename my virtual host files with .conf extensions (I find that change annoying as hell on its own), I kept running aground with an Internal Server Error message to which I couldn’t even find a hint in my logs, even after cranking up the verbosity.

END_OF_DOCUMENT_TOKEN_TO_BE_REPLACED

I’ve been working on migrating a Moodle 2.4+ installation from a rickety old Ubuntu 10.04 server on Amazon EC2 to a fresh machine as I can’t seem to update the original server to 12.04, which has newer PHP packages I require to run Moodle 2.6+, which I want specifically due to a user stats plugin I want installed.. So with one thing leading to another, I ran aground recently when I upgraded Ubuntu’s 12.04 Apache2 version to Apache 2.4 (from some PPA). This resulted in my site no longer working, it pretty much just said access denied. This was due to some new Apache security setting that my migrated Virtual Host config lacked.

Should I run in to later, I’m throwing down steps I’ll follow to avoid the same ice bergs that costs me to burn a little more coffee than I’d prefer….

Here’s the key stuff I used to find this approach in the first place: http://askubuntu.com/questions/109404/how-do-i-install-latest-php-in-supported-ubuntu-versions-like-5-4-x-in-ubuntu-1

I’ve been working on a somewhat private personal website intended for sharing of family videos. I’ve converted roughly 200hrs of old family video tapes in to media files and am well on my way to having converted the files in to individual scenes/clips. The content is being shared, with family, using an instant of the web application “MediaDrop”. I love this web application. It’s epic. I was just looking for a podcast feed generator and I found a lot more in MediaDrop.

I then got sort of obsessed with this cool web app and eventually having family members upload their own videos. The problem was I need the format of the content to be normalized such that it’ll cooperate over the podcast feed. After all, these are meant to be easily viewed on Apple TVs. I found a script for this job, as MediaDrop doesn’t transcode. Only the script kind of sucked for my purposes. So I forked it! 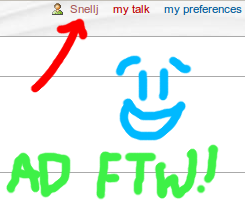 Here’s a quick recipe for getting a server up with MediaWiki running and having Active Directory Logins working with it… I’ll warn you, there are other ways of doing this. I find this to satisfy my needs, but if you manage to cause the world to implode, I won’t be held responsible.

Step 1: Set up your server

I created an Ubuntu 10.10 server VM for this, use whatever if you have some sort of issue against doing the same as me. END_OF_DOCUMENT_TOKEN_TO_BE_REPLACED

Howdy, so I’ve returned to hosting my site on a professional connection rather than over my lameo home setup. I’ve grown tired of n00bful downtime due to power outages, ISP outages, people tripping over cables or gnomes screwin around.

As such, dawning.ca is now hosted on a server I’ve got running down in Texas with the valuable help of Linode. That’s all for now folks.

I ran in to some interesting configuration problems with this new server that was causing it to frequently run out of memory. I *think* I’ve resolved those matters with some real help of this article.